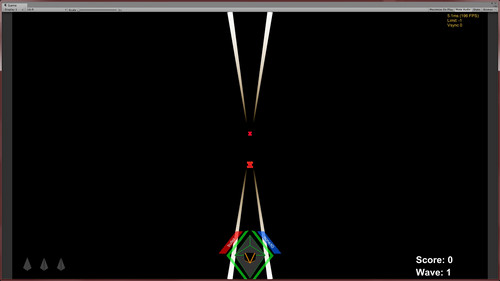 What I Need To Work On:

A Few Other Words:

So in a brisk walk towards getting a demo out, I decided to make several quality of life and design changes that make the game seem a bit more developed than it actually is. But it does mean those playing the demo will get a slightly more polished experience that will be more indicative of the final game (I hope).

That said, making it more of goddamn game helps justify me actually developing it. And I've been on a good streak in terms of implementing stuff. Now mind, a lot of it isn't working properly yet, but it's better.

Current things I'd like to deal with are getting controller support more nailed down and working; changing the waves for the demo to make it a bit harder and more fun, as well as show off more of the in-game items; and fixing some bugs that happen occasionally that mess up the active modifier stuff when you die.

But yeah, stuff. Demo still planned for early November come Hell or high water. Demo Day 23 itself starts on the 2nd of November, so probably around then.