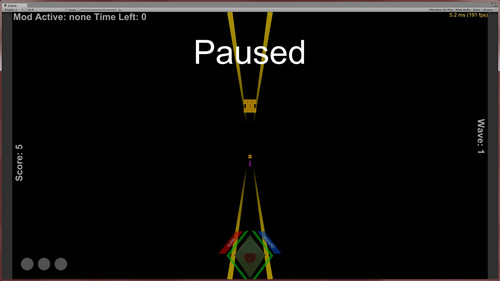 What I Need To Work On:

A Few Other Words:

I have decided to give up on trying to make a new demo for the next Demo Day in favour of releasing a new one with more robust and finished content. Particularly with some newer and more finalised art.

Anyway, I've added a system to put bosses in the game, with additional art and scripts that should trigger when they appear. The first boss is pretty simple though.

I added a way to pause the game and started adding some stuff for a menu to alter various options, but decided to put it on hold because I'm not sure what to add to those menus and Unity's UI stuff was giving me a headache.

I've been doing some research into shaders and will probably be jumping into that type of stuff soon. I'm not sure what to tell you to expect, it's been a while since I did anything shader related, but at least my models won't look like placeholders by the time I'm done. I hope.